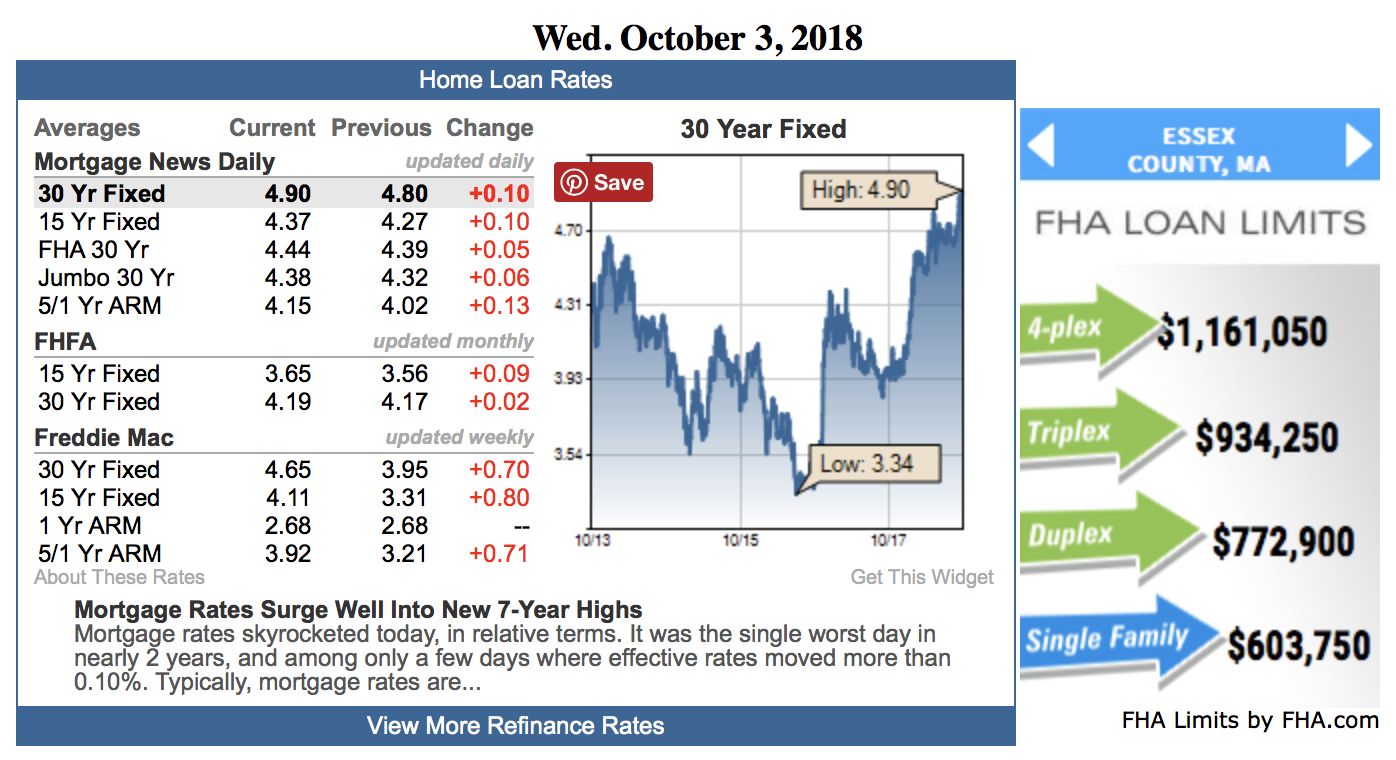 Mortgage rates skyrocketed today, in relative terms.  It was the single worst day in nearly 2 years, and among only a few days where effective rates moved more than 0.10%.  Typically, mortgage rates are offered in 0.125% increments.  We're able to track "effective rates" by examining the upfront costs associated with any given rate.  For instance, a quoted rate might not change from day today despite major changes in upfront costs/credits.  At a certain point, the upfront cost change is big enough that it makes more sense to jump up by the aforementioned 0.125% increment.

In other words, if you have a loan in process, an effective rate increase of 0.10% means there's a very good chance that you're looking at a 0.125% increase in rate today.  And if you're not, you'd instead be seeing this move in the form of higher upfront costs or lower lender credit.  Either way, it was a big, bad move.

So why did rates spike so much?  The simple answer is that this morning's economic data drove home some of the harsh realities that have been plaguing rates in general for the past few years--and especially over the past 2 months.  Simply put, when the economy is firing on all cylinders and when traders have reason to defend against the possibility of even faster growth and inflation (something today's data may well suggest), rates are forced to move higher.

The complicated part of the answer has to do with the extra momentum that can creep into underlying market movements on days like today.  To an undetermined extent, traders are definitely positioning for more unfriendly rate news with Friday morning's big jobs report.  That's our first major opportunity for reprieve, but reprieve should not be taken for granted.  Rates could go even higher if Friday's data strikes a similar chord to today's.

Bond markets tanked today on robust economic and employment data.  We're looking at treasury yields that haven't been seen since 2011, with no end to the losses in sight.  I have been locking early for months, and today's a great illustration of why.  Since rate sheets don't yet reflect today's market losses, locking now (instead of waiting for tomorrow) is the move here. -Ted Rood, Senior Originator